Digital photograph of the team taken during the preparatory trip to the Rhône delta in the Camargue, Digue à la Mer de la Tour Vielle, France, 2021.

At the intersection of urban studies, environmental anthropology, literary analysis and artistic experimentation, the Still on the Map! research project takes as its framework the study of the Mississippi Delta fifteen years after Hurricane Katrina, and approximately five years after the commissioning of a major new infrastructure to protect against the risk of a 100-year flooding. Expressed in its title – a statement of resistance and resilience chanted by residents at environmental events in Louisiana – this research project aims to describe the attachments that different local communities have to the delta as it sinks into the sea. The research trip is scheduled for 29 January to 19 February 2022 between New Orleans, Houma, Lafayette and Baton Rouge in Louisiana, USA.

As a prelude, a preparatory trip was made from the 17 to 20 March 2021; it allowed me to test different ways of working within the working group. On this occasion, I produced the series of images entitled Compositions sédimentaires (Sedimentary Compositions), which you will find below. These ten images are a selection from this four-day walk through the Camargue, in the Rhone delta, in search of motifs within the landscape. 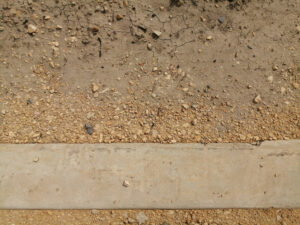 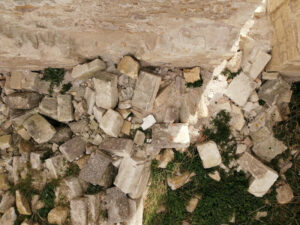 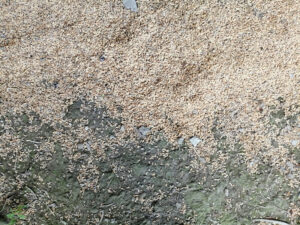 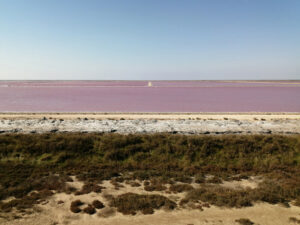 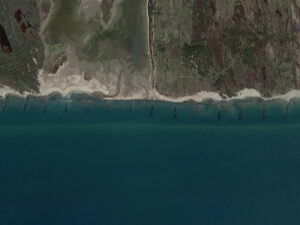 “The silhouette bent by the Mistral. Curled up and deaf. The skin pulled by the sea spray, the hair greasy, feeling under his steps an ephemeral ground. A space in perpetual becoming?

Neither land nor water. A singularity inhabiting the thickness of a line on the border between continuity and rupture. The landscape as a composition, an anthropized horizon, shaped by force and for a time by successive wills. For a time only, Soon taken up again, dissolved, in the whirlwind of flows. A simple patch[1] on the overflowing scale of climates? To apprehend the interactions, the dependencies, the attachments, the encounters, the seams. Seeing them, smelling them, feeling them, tasting them, living them. Finally, to be inspired by them”.

[1] Rather than studying the Anthropocene as a uniform global phenomenon, anthropologists Anna Tsing, Andrew Matthews and Nils Bubandt invite us to think in terms of a multitude of ‘patches’, which are ‘situated arrangements between humans and non- humans’ (2019, p. 187). A. L. Tsing, A. Mathews, N. Bubandt (2019) “Patchy Anthropocene: Landscape Structure, Multispecies History, and the Retooling of Anthropology.” Current Anthropology 60 (20): 186-197.

For more information, please visit the website dedicated to this project : Still on the Map!