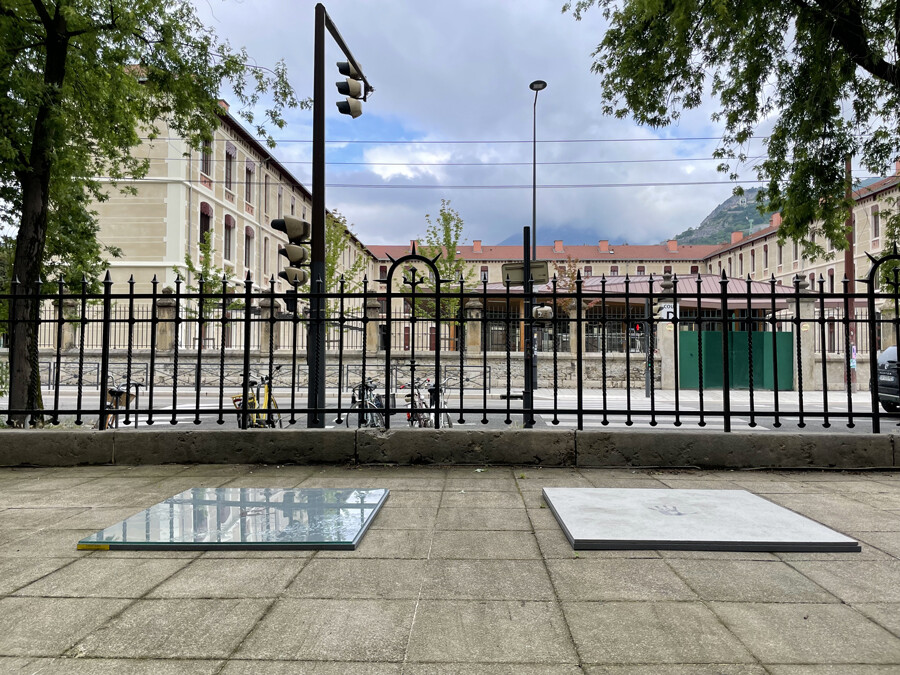 Digital photograph taken at the École Supérieure d’Art et de Design de Grenoble-Valence (ESAD-GV) during the removal of stencils in 2021.

For the first time in Grenoble a scientific investigation is being realised in collaboration with artistic research that involves a sensitive approach to the atmosphere.

It was during a conference I gave at the Journées Humanités Environnementales 2019 at the Magasin, CNAC in Grenoble, that a team of researchers noticed my stencil work. Following this meeting, Olivier Labussière, a geographer and researcher at the CNRS Pacte Laboratory, suggested a collaboration; this is how the Strates project was born in 2020.

A group of seven researchers [1] will therefore accompany me throughout the duration of the project from 2020 to 2023 and, together, we will travel through and map the contemporary geological stratum of the Auvergne-Rhône-Alpes region and perhaps even beyond. The idea of relating our journey by means of a precise cartographic process appeared to be the most adapted solution in that it will allow us to keep track of the places of passage resulting from our working methodology. 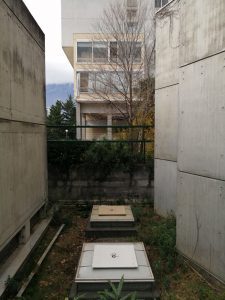 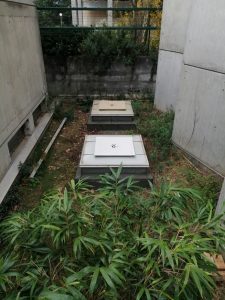 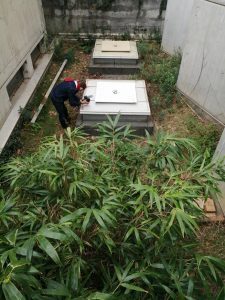 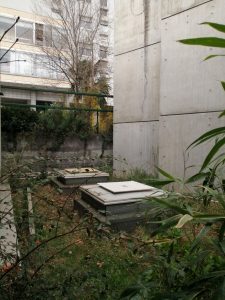 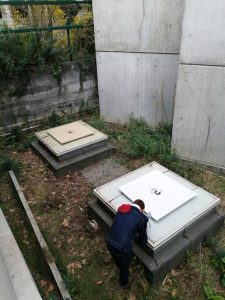 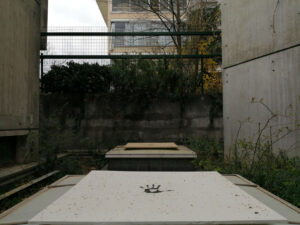 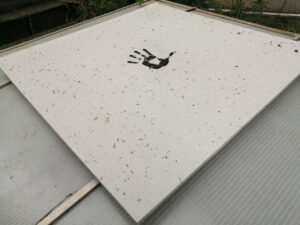 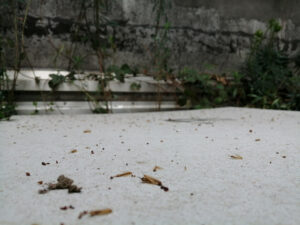 Series of digital photographs taken at the École Nationale Supérieure d’Architecture de Grenoble (ENSAG) during the first trials in 2021.

The originality of my artistic approach lies in the fact that each work is produced with materials potentially specific to our geological era: the Anthropocene[2]. They are derived from human and/or non-human activity, such as the elementary particles in the air and water. I select my materials in DIY shops or from construction suppliers: often acrylic-coated “slate imitations” for the small formats or fermacell sheets for the medium and large sized formats. My aim is not to show any form of alteration of the landscape by pollution – in the ecological and committed sense – but to “unfold” the perception of our current environment. What does this “trace” found on my works of human activity and the processes considered “non-human” say about us? About our time? Does it alter our perception of the images it embodies? The idea is to learn how to make oneself sensitive, to make the eye more attuned to perceive what lies below the surface. To make perceptible a whole series of nuances, to refine the perception of landscapes and to position a sensitivity at the heart of our contemporary relationship with the world.

[2] A term meaning “the human era” that was popularised at the end of the 20th century by the meteorologist and atmospheric chemist Paul Josef Crutzen. 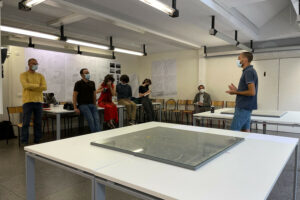 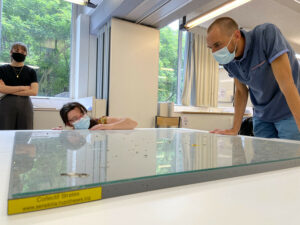 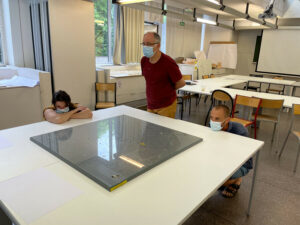 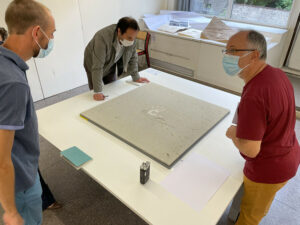 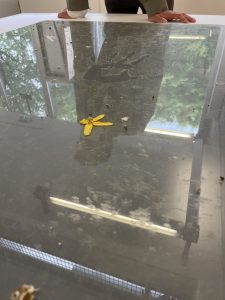 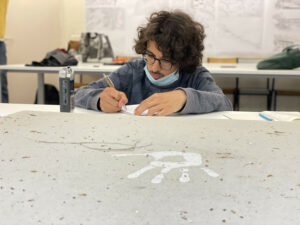 Series of digital photographs taken at the École Nationale Supérieure d’Architecture de Grenoble (ENSAG) during the first exchanges with the team in 2021.

For more information, please visit the website dedicated to this project : Strates